WAT BOWONNIWET VIHARA is a major Buddhist Temple in Bangkok cultural District. It is where many royal princes and kings studied and served their monkhood, including King Bhumibol. The golden chedi at the wat’s shrine carries the relics and ashes of many Thai royalties. This important heritage building in Thailand signifies architectural design and construction since King Rama 3 and it is also where the supreme patriarch of the Buddhist priests resides.

The pagoda or the Chedi of this temple dated back 200 years ago which the building was preserved and restored throughout the decades. The renovation starts from excavating into the Chedi itself by using the method of coring to see the structural integrities. Finite element analysis program was also used to conduct an analysis on the weight of the structure. Furthermore, moisture testing was conducted by probing a sensor through the hollow section which the result shows that waterproofing and moisture drainage system is required.

As an improved alternative, Ferro Cement was implemented to strengthen the Chedi structure which it is precisely plastered according to the initial pattern and dimension where the wire mesh is wrapped around the cement to retain its structural appearance. After the plaster settled, all the cracked exteriors were drilled and sow using Hot-Dip galvanize steel to mend every surface. Once everything is in position, golden mosaic was mounted precisely to cover the façade except the tip where it was dipped with real gold. Lastly, additional reinforce concrete was poured inside the Chedi’s void (คูหา) and podium (พื้นลานทักษิณ) to improve the building stability as well as supporting the building original structure.

The renovation took approximately 1 year at which the structural properties as well as the system of Chedi was significantly improved. With the uses of modern engineering technique and precise crafting, the enhanced Golden Chedi was able return to its former glory as a religious iconic structure in Thailand. 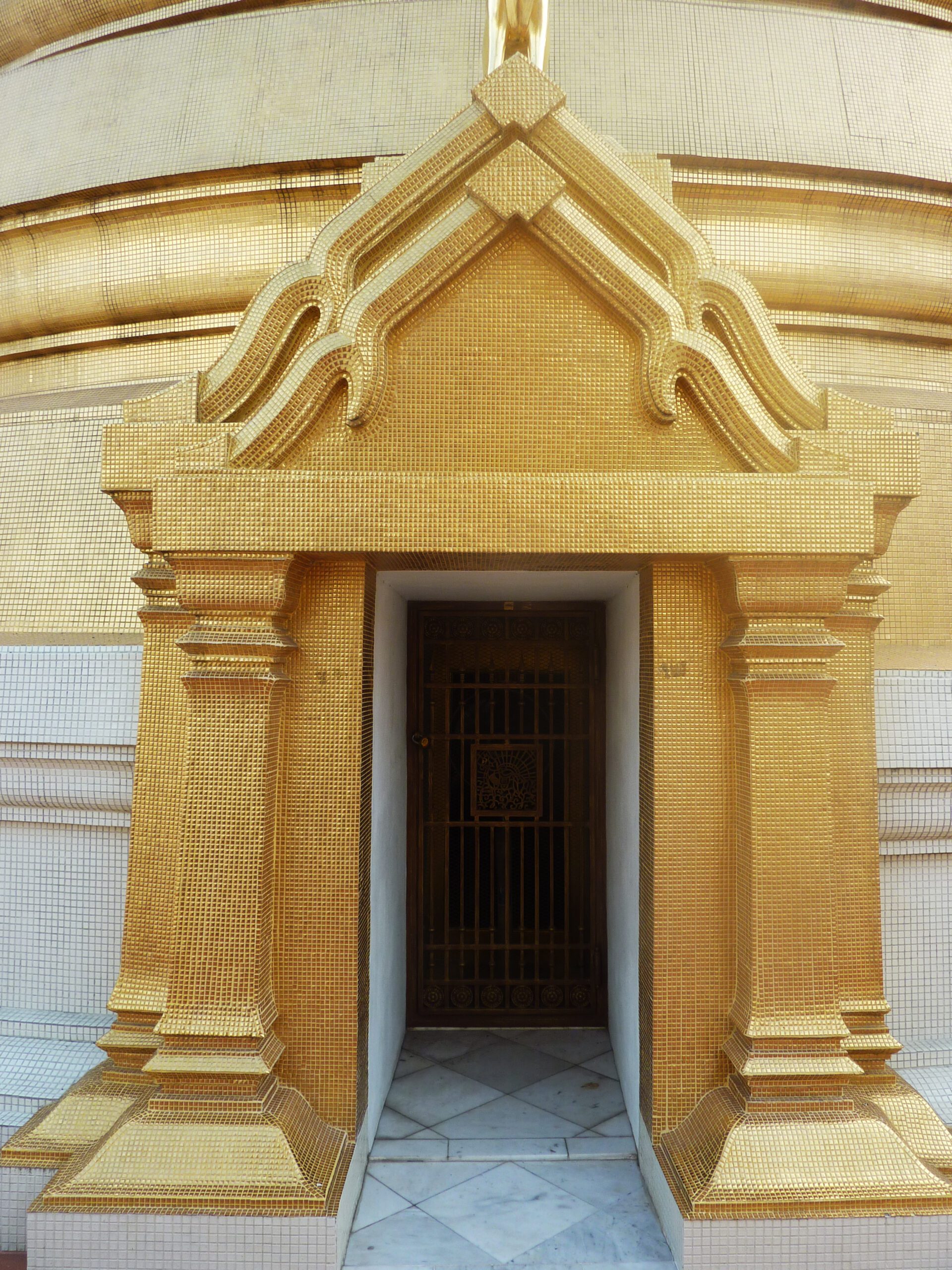 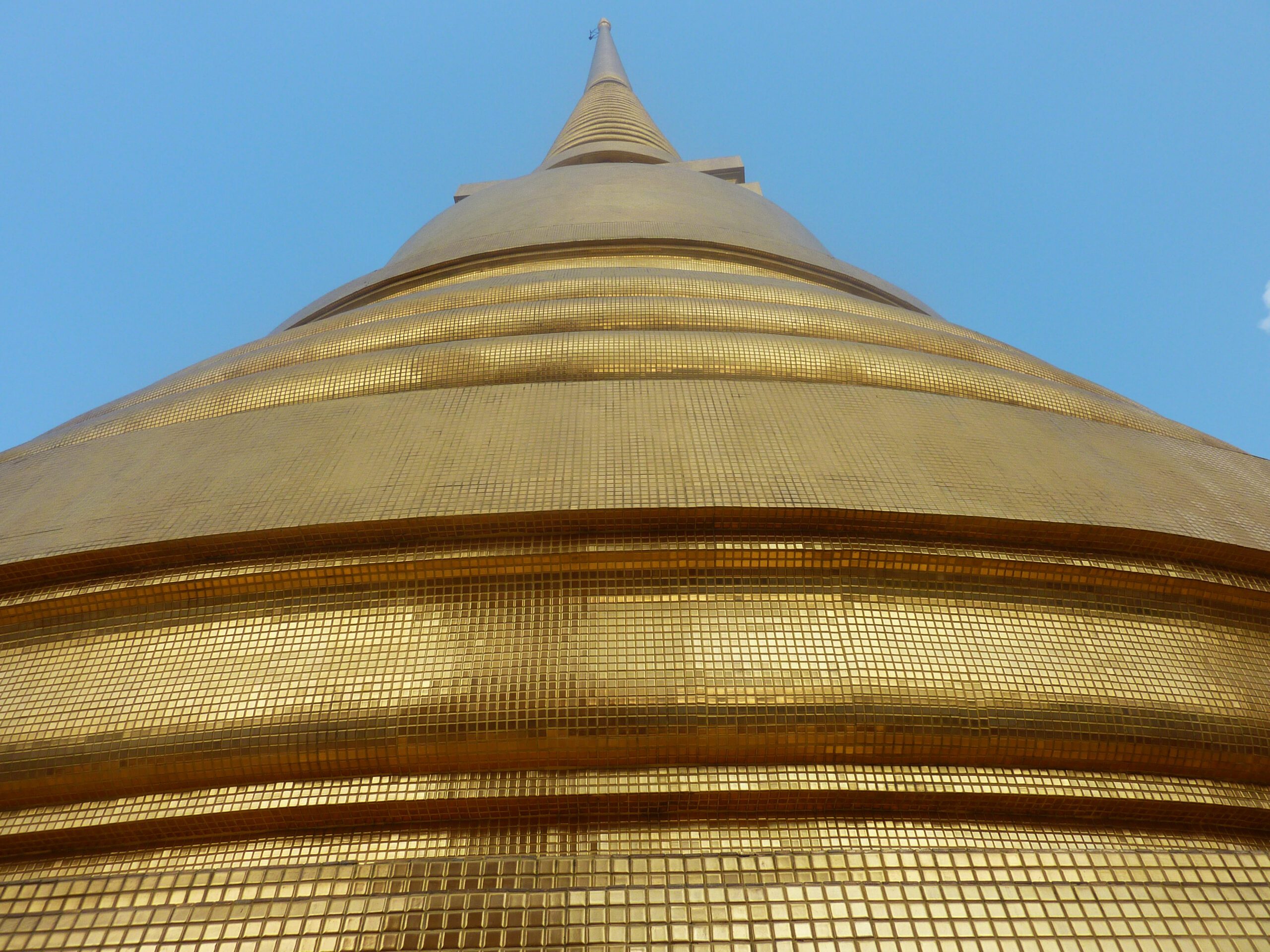 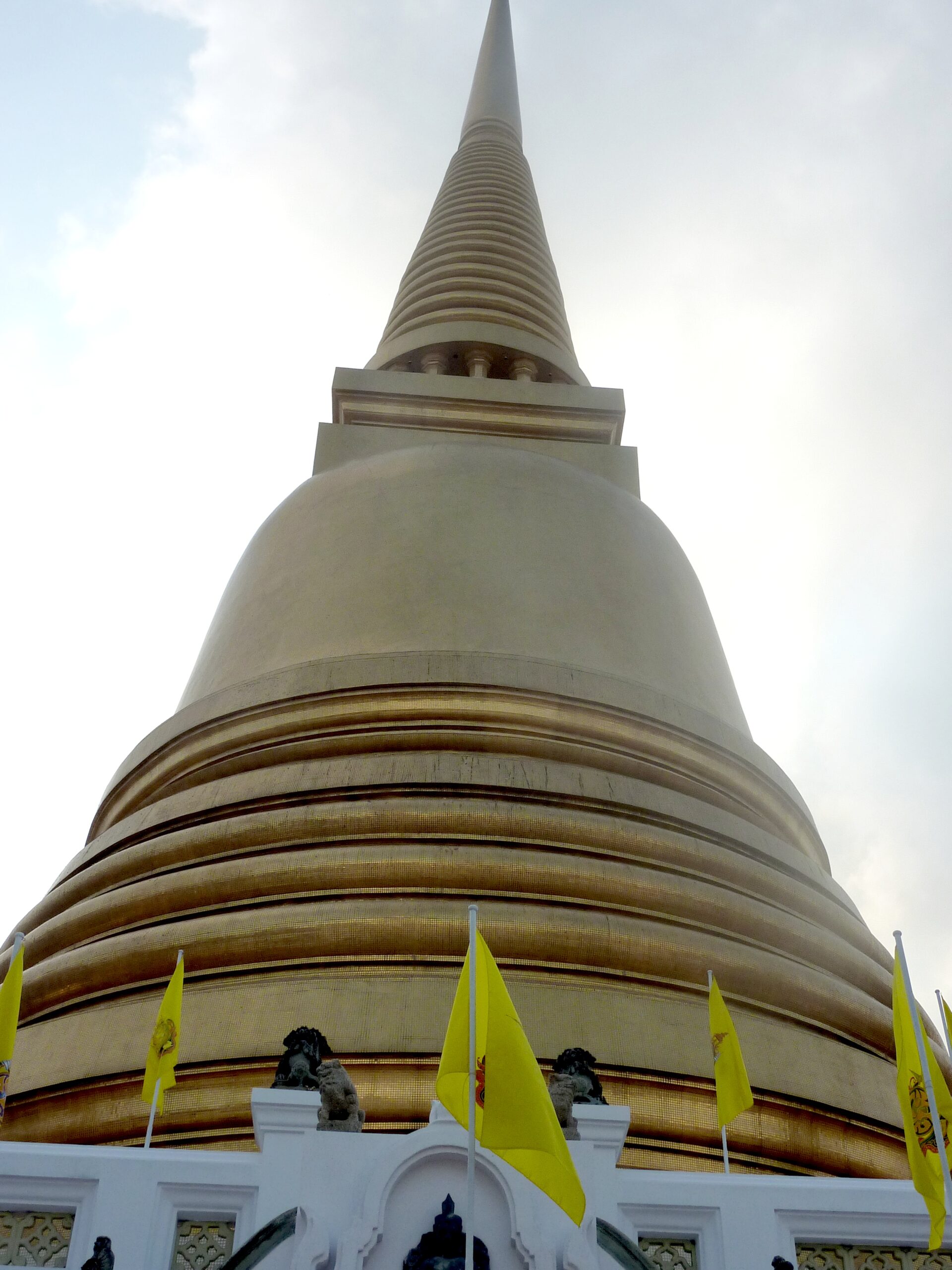